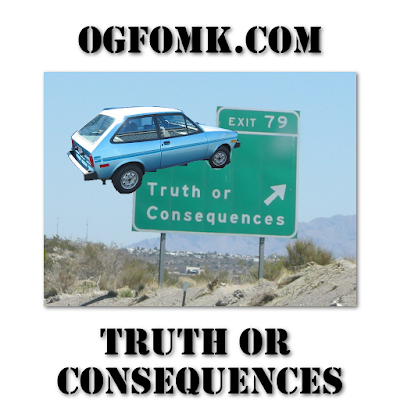 “Truth or Consequences?”
I say;

Soul abandoned among the jewels
And debris of some forgotten
Wistful—fistful place,
El Paso, Texas;

And I then say again!
“Truth or Consequences?”
Gingerly placing my finger
On the road atlas page
Hiding in the ruins,
Inside one blue Ford Fiesta,
Late at night
Broken
With her words echoing--
“Everything is taken care of except her father.”

El Paso,
Town of dreams
Burst at the seams--
Nothing’s there--
A scar
As far south as you
Are going to get;
Then down and out--
Three dollars
And some change--
Gas up!
One last Co-Cola
With New Mexico calling:
“Truth or Consequences?” 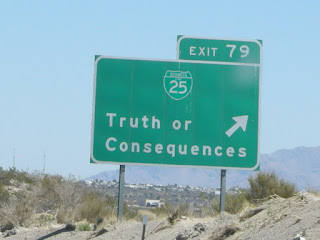 In 1995 before Alex Nuttall was to become a full fledged conscript of the United States Army National Guard he went on a road trip with his trusty 1980 Ford Fiesta. His Ford Fiesta was the sport model which could reach speeds of up to 120 miles per hour. It also managed to get him to Truth of Consequences, New Mexico.  There he managed to run out of gas off of the highway on a ranch next to the Rio Grande where he drank the water to avoid dying. Summing up his will to live he hitch hiked back to Truth of Consequences where a Mexican Family helped him find a Western Union. The above is his poem.