Showing posts from November, 2010
Show all

Future Beyond Placement (A Pack of Lies) 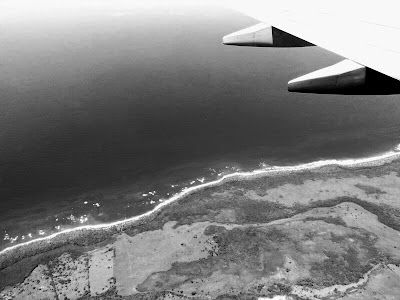 By Alex Nuttall - Bio Placement comes at the price of coincidence. As many times in life we want to believe that the situation is mightier than the will. The will of course is what moves one foot in front of the other. Bob Davis called me this afternoon. So what made Bob want to call me? We haven't spoken for years. Count that as a decade. Decimation of bridge. Water still intact. My cell phone displayed a Washington, DC 202. Was the president calling? No. It was Bob. "Hello?" I answered. "This is Bob Davis." Bob broke immediately into a conversation we had on an airplane leaving Pennsylvania back in 1999. That's where I met Bob. I was on my way back to Virginia from Fort Indiantown Gapp. I went to an NCO school there and I had just finished Primary Leadership Development. It was cold then. "Alex..." "Bob, how are you! How did you get my number?" Bob, I remembered vividly. I had not thought of him for a while but that
Location: Portsmouth, VA, USA
Read more

Chatter and The Korean Peninsula

Tuesday, November 23, 2010
By Alex Nuttall - Bio Chatter. I went for my morning walk listening to NPR on the radio. North Korea and South Korea in a another pickle. Since it was artillery involved I somehow think about how glorious a mission it must have been for whoever started it first. Most of us believe it was the North that started it. The real reason artillery exists is so that we can blow stuff up from far away without getting too close to the bad-guys. To me the whole North Korean and South Korean instance is like the Hatfields and McCoys. Of course I don't know anything. If you have ever fought with a relative, friend or neighbor then you know that it can get ugly. It's a sad dynamic. What's worse is that the suffering that is caused by this has nothing to do with the real issue in the first place. It is anger gone out of control. Anger is a typhoon that starts and eventually stops with mixed results but mostly pain. The worst thing that we can do is act out of fe
Read more

Sunday, November 14, 2010
By Alex Nuttall - Bio In the grander scale of things Ben Feller of The Associated Press probably just goofed . When I stand in the line of my local grocery store and pick up my Sunday paper, The Virginian Pilot , as an impulse buy, I am thinking that I will get some news that I can leisurely read in between the commercials of the CBS Sunday Morning show. I read along and then hit page 6 of my newspaper. Of course I am interested because, " Obama wraps up Asia trip with focus on Russian diplomacy ." I read the article until I hit the second paragraph. Buzz kill: "...Soviet President Dimitry Medvedev..." I stop reading. I want to throw the newspaper in the trash. For those of you who don't know the Soviet Union was the principal governing body of Russia, Eastern Europe and Middle Asia from 1922 to 1991. For a United States newspaper and press organisation to call a leader of a country an incorrect government label is like stating that the Pres
Read more
More posts