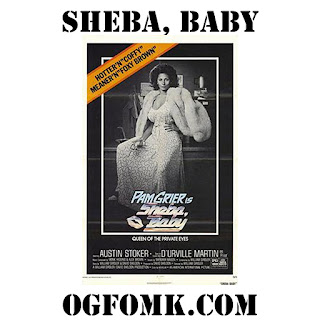 Superficially we thought this was a blacksploitation film. The “Hey, jive turkey!” was the flag. But the movie was moving so fast we didn’t have time to judge anymore. We were hooked.

There are lot’s a great movie things to enjoy: Pimps, loan sharks, boats, yachts, assault rifles, uzis, explosions, murder, and fight scenes. But that’s the surface. Underneath you can tell everyone who made the movie was having a good time.

Our favorite scene was when Pam Grier goes commando in a wet suit. She reminds us of Sean Connery as James Bond. She is really in the water. She is really swimming.  Of course her makeup is perfect and her hair is intact.  The wet suit is exactly her size so we know that the Pam and the set team chose authenticity over show.

Did we mention boats? Yes there are boats. Nice boats. A yacht with a real engine room. Speed boats with chrome hot-rod engines and lavish interiors. Pam is piloting the speed boat, the jet ski and the uzi! Yep, she is not some man’s victim.  She is the hero.

If you like Bruce Lee, Quentin Tarantino, and ladies who don’t take shit from anyone this movie is for you.  In light of the perception that the US is not a place for African  Americans, women and independent film let’s walk back to 1975 where actors, directors and producers were working together to tell stories that boosted the moral of everyone.

Of course some of the scenes are cheesy. Like guns on a boat are about as useful as guns on an airplane. One shot and everyone is screwed. The fight scenes are not Bruce Lee strong but so what this is a play. On the other hand the stunt scenes are spot on. They are scary. Pam is doing her own stunts too so… right on!

You can check out this movie on Amazon by rental or with Brown Sugar which is $3.99 a month with Amazon Prime. We also recommend watching the Bounce Network.


After watching a movie on the Bounce network we felt it was necessary in light of what is happening now in the United States regarding skin color, race, racism, women and people divisions. So OgFOMK ArTS celebrates the kick ass movie, Sheba, Baby! Pam Grier stars in the early 1970s film as a private detective, who is beautiful, smart, sexy, skilled, African American and female. She does what few actors today would be afraid to consider. Sheba, Baby rocks! 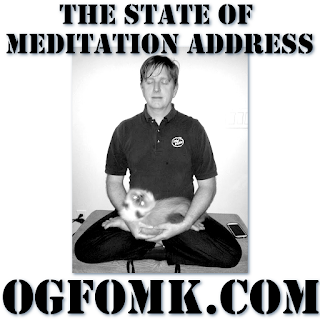 Preface to the Address:

In 1988 I was given a book on Buddhism. My friend and young Republican, Raul said: “Alex, I think you will benefit from this practice.” I was 18 and already I had ideas of yoga, meditation and the lot of spiritual practices. The easy key was to do it and not talk about it. I did the opposite.

Sure I practiced some. Sure I took the occasional yoga class or meditation sit in. Mostly I just talked about it.

Things were getting serious all of the time. Overwhelmingly serious. I was vibrating at a frantic pace and I was headed for destruction. Always there was destruction.

In 1995 I joined the Army National Guard. My religion was Hindu. That’s what my dog tags said. That’s what I decided I was. I was a Kshatriya! I figured that I needed to submit to some training and respectfully I chose the Army.

In my 4th year of my National Guard position I requested that my religion be known as Buddhist. I submitted my paperwork and I received my new dog tags. I was proud to at least have an honest idea as to what I believed. I believed in mindfulness. I talked about it very much.

After September 11, 2001 I was already out of the Army National guard a year. I was also back in the questioning position of what should I practice because I was meandering from state of talking to state of drunkenness. I had no practice. I was in shambles. A month later I was in jail for three months!

If you don’t pay child support in the state of Virginia you will eventually end up in jail. Especially if your life is a mess. My life was a mess and thus I began my actual practice of meditation.

As I sat in the initial lock-up of Newport News’s fine downtown establishment. I surrendered to the fact that I was going nowhere. So I began meditating. I did this every day for three months. Upon my release I was confident, strong, and ready to change my life.

All it took for me to get lost was a little reality and I was back where I was 4 months before. I was broke. I was all over the place. I was miserable. My identity was summed up in the song: Who We Be by DMX


About 2003 I had a serious meltdown and I sought the services of a counselor. She was a very smart PHD who graduated from William and Mary. We discussed my life, goal, meditation and various strategic plans. She helped me to understand that I was responsible for everything.

So I changed a lot of things and talked about meditation a lot and practiced very little. I was still a drunkard. I loved alcohol. Alcohol was easy and cheap. It was also expensive.

Each year since my counseling I’ve managed to slightly improve but I always remained out of control until I bought a Kayak in the summer of 2016. It was this purchase that helped me to see in a kinesthetic way to appreciate that my actions 100% affect my outcome.

The Kayak lesson was very real. No matter what mood I was in I would get on that kayak. I pushed off from the shore and I was in the stream of life. I learned to paddle. I learned that I had to set a goal for my destination and I had to paddle my ass back to the point of departure no matter how I felt. I could not give up.

I quickly incorporated meditation and stretching into this. I started to track my progress. About October of 2016 I was meditating an hour a day. 30 minutes in the morning and 30 minutes at night. Even if I did not kayak I meditated because I knew that the journey was in meditation. My body was the vehicle. I talked less about meditation and I did it more.

: (https://jamesaltucher.com/2016/11/brian-koppelman-2/) This time also helped me to advance my creative branch and create the Apriori Flower comic. My journal was worked into a creative piece. I also had to have accountability and continuity.

By 2017 I had bought a special calendar for my meditation practice. The calendar was designated for the sole purpose of tracking my practice. Other than it’s specific purpose it was an ordinary calendar.

I had an alter and all the superficial trappings of a new age douche-bag. Under that alter I had a calendar that I would physically write down the time and amount of practice on the date. It was hard to argue with this. This ideal practice is related to the Jerry Seinfeld chain calendar where he had to write every day and make an X. This was his chain. He did not want to break the chain. I did not want to break the chain.

Some of my success is owed to a very simple meditation app that I was using for 5 years: Meditation Helper Pro by Neil Alexander. This app is very simple. It just times and tracks your meditation sessions. It also encourages you to practice if you are not in the mood. There is a free version also. I bought the pro because I wanted to support the author.

So the State of Mediation for 2017 Address

For 2017 we can see that I started with a bang from 2016 and then I went up and down and up and down. If this was a generic stock I would not be temped to buy it. It is a stock in my own very interest so instead of letting it go I must seed and invest. I look at the reality and sort through facts.

There are benefits to mediation. The best benefit is practice. A concrete and constructive practice will build momentum. The best external example of this is that the Magazine OgFOMK ArTS went from an obscure self project to a multi-talented push with 18,000 new views for the year!

There are other benefits too! Others have already written them down.

My basic practice is this:

We are not cured

I’m still a very mismanaged person. Every day I have to practice my practice. If I don’t practice then I will slowly move the needle from the in control mix track to the arm is broken and the turntable is in the middle of a skipping record. So the state of 2017 meditation is a snapshot. It is another Constructive Technology Aggregate. If you have made it this far. You can make it all the way!


The Velvet Reverend Al, a.k.a. Alex Nuttall, discusses his practice of meditation in 2017. A whole year of practice where there are ups and downs but mostly truths. Averaging about 24 minutes a day he explains what happened, what worked, where he lost his way and finally what good came out of this practice.

His practice is a basic Zazen, Chen, Dhyāna practice of counting the breath, sitting up straight and letting go of what is not mindful. If you would like to follow along he gives very basic but in depth instructions for a meaningful practice. Practice and accountability is what this is about.