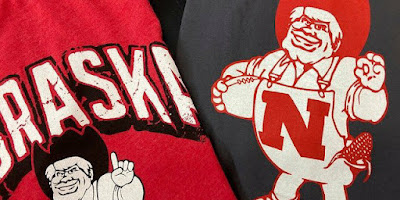 Here is a news article about Nebraska changing it's Mascot due to a perceived misunderstanding of a hand gesture. Again, PERCEIVED.
Fox News: Nebraska alters Herbie Husker cartoon to avoid White supremacy link
The article by Fox gives a little insight as to the why and uses the ADL
(Anti-defamation League) as a source.
So I thought, "How bent is the ADL on hyperbole?"
This is a direct quote from the ADL on the "Okay " hand gesture:
"The overwhelming usage of the 'okay' hand gesture today is still its traditional purpose as a gesture signifying assent or approval. As a result, someone who uses the symbol cannot be assumed to be using the symbol in either a trolling or, especially, white supremacist context unless other contextual evidence exists to support the contention. Since 2017, many people have been falsely accused of being racist or white supremacist for using the 'okay' gesture in its traditional and innocuous sense." -- ADL
ADL: Okay Hand Gesture
This is obvious proof that the College administration is not motivated by reason or eduction but by hyperbole and perception. I wonder what else they are glazing over?
fake scene hyperbole mass formation News